Categories
Recent Posts
Popular Posts
This site uses cookies and other tracking technologies to assist with navigation and your ability to provide feedback, and this also helps with our promotional efforts. Please accept cookies to make our site work properly. Cookie policy
Accept cookies
Go To Top
Categories
An Ex-Marketer Recovered from Burnout and Succeeded in Local Business

Guy Siverson was a self-employed marketer in the past. He used to do everything by himself: SEO, Social Media, Videos and more. He couldn’t maintain the stress in a healthy way. One day he found himself with a BP of 200/100. It was obvious Guy needed to take a retreat.

END_OF_DOCUMENT_TOKEN_TO_BE_REPLACED
Tags:
SEO Team Grew to One of the Top Digital Marketing Agencies in Canada 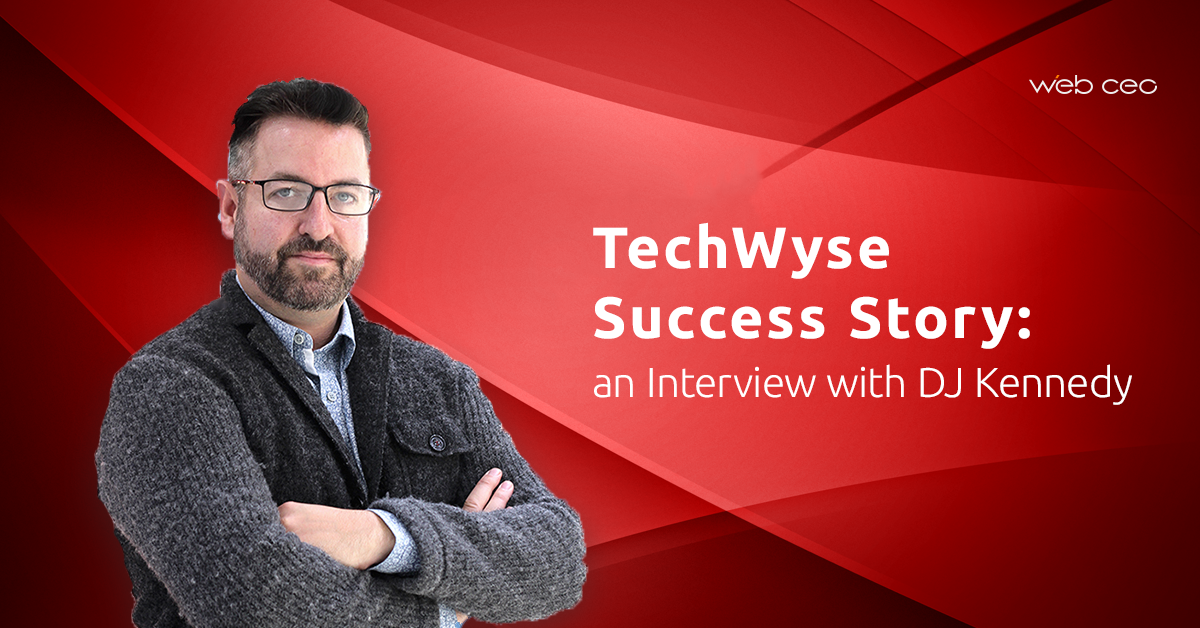 Can you remember the precise year when SEO started? It was somewhere between 1995 and 2000, near when search engines appeared.

The TechWyse Internet Marketing agency established their company in 2001. They were standing at the gates of high-quality white-hat SEO because keyword stuffing, link exchange, spamdexing and other black-hat SEO techniques were quite common then. So, TechWyse had a lot of issues to deal with!
END_OF_DOCUMENT_TOKEN_TO_BE_REPLACED

Tags:
How a Digital Agency Raised Its Client Retention Rate to 95%

An Interview with Infront Webworks 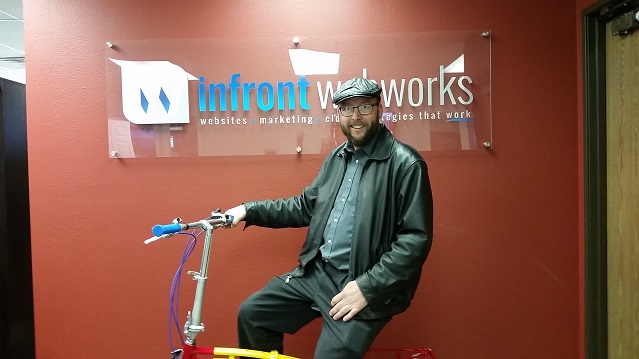 Running an SEO business is definitely a big challenge. First off, SEO agencies have to swim in an ever-changing ocean of Google algorithms, adapt their SEO activities to these changes and shape an individual marketing strategy for each client site. Second, managing hundreds of clients’ websites is a great responsibility and a big pain. This is where marketing automation tools become a great help. These tools, when designed properly, help to automate routine marketing tasks, provide big data for deeper research and analysis, and help SEO teams to collaborate more effectively.
END_OF_DOCUMENT_TOKEN_TO_BE_REPLACED

Tags:
How to Create Client SEO Reports Which Break the Fourth Wall

There is a term called “breaking the fourth wall” which refers to the imaginary wall between a theater stage and the audience of a performance. Normally, it’s like a real wall because the actors and actresses never acknowledge the existence of the audience until the applause at the final curtain call. But some, such as the playwright who called himself Shakespeare, have been very good at directly communicating with the audience during a performance. This can make an actor, play, movie or TV show very popular. If you watched the “Deadpool” or “House of Cards” or “Fight Club”, then you have witnessed the breaking of the fourth wall. Marketers use this term to show that one must effectively talk directly to the consumer when presenting products and services.
END_OF_DOCUMENT_TOKEN_TO_BE_REPLACED

Tags:
How to Succeed In Enterprise SEO With WebCEO

In 2015, Search Engine Land has featured WebCEO in its famous Enterprise SEO Tools Guide. This is quite an honor! Here is a synopsis of key features that got our service listed as best-of-breed enterprise-level SEO tools software. 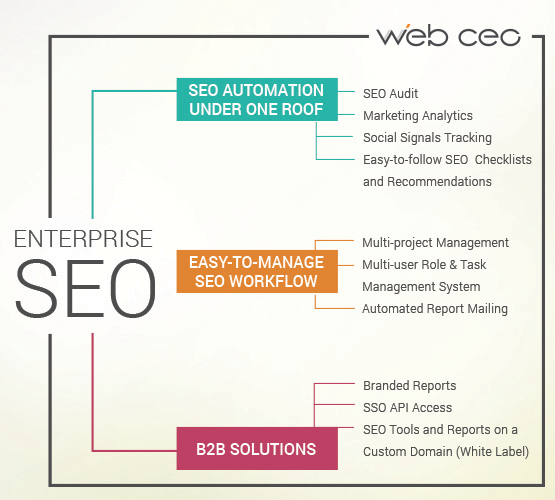